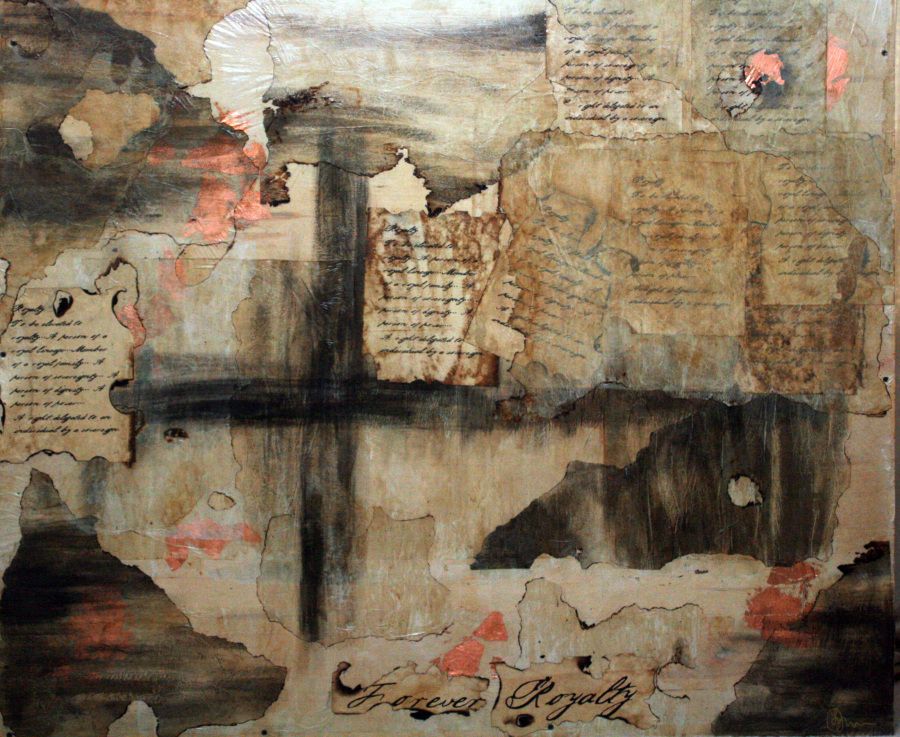 I grew up like most kids, going to church (or not) with my parents (in my case my mom and grandma). We were catholic. So I was baptized and made my first reconciliation or confession (a truly traumatizing event for me) and making my First Holy Communion when I was 8. My mom let me decide whether or not I wanted to be confirmed, even at 8 I knew Catholicism was not for me. My grandparents were married at a JP and my grandmother was not permitted to take communion and it always ground my gears that the kindest, most generous woman I’ve ever know was not permitted to partake. It seemed completely counterintuitive to take that from her. My grandmother never lost her love for the Catholic faith and understood, although not happily, that I was uninterested in pursuing a relationship with that religion. I started going to a Disciples church when I was 12 and was in love with it. My mom was supportive but was firm in her resolve that I was Catholic, practicing or not, until I was 18. So the day after I turned 18 I officially left the religion.

I was happily attending church, met and married my husband there and ultimately welcomed two girls into that church. We eventually merged with a church predominantly United Church of Christ and I loved it. I loved the people, the church, everything!

Never saying a word to anyone, but years before I had begun to doubt my faith. I wasn’t sure… about anything, really. Maybe I was agnostic maybe even atheist. I mean, I believed in God, I believed in Jesus, it was the rest that I wasn’t sure about. I wasn’t certain that I believed God flooded the earth, (that’s really what I kept coming back to). And then there was science… How could I believe in science and believe in God? Aren’t the two completely at odds, two totally ends of the spectrum? (As it turns out; no)

One day, out of the blue, while waiting for Mark to finish up a project, I said to our former pastor words I never planned to say to anyone, “I don’t know that I believe that God flooded the earth. Maybe I’m not a believer. I just don’t know how much of the Bible I believe in its literal form, some of it seems so contradictory to itself and to who I’ve always felt God is. I don’t know…” He looked me right in the eye and quietly asked me if it mattered. I was quiet. “Does it matter if it really happened or if you’re being taught a lesson through a parable?” Not much more than a whisper “I don’t know.” That was it. That began my relationship with my faith, for the first time in 33 years, I had begun my faith journey. I was no longer interested in the “facts” I had been fed for nearly three and a half decades.

I started a personal journey with God, with Christ and with a faith that was mine. One that was honest and totally in line with the God and savior who had been present my whole life. Not a vengeful, wrath filled God who sat in the sky waiting to dole out punishment for not doing the right thing or believing the correct dogma. Not a God who punishes you for missteps or mistakes but a God who loves me—despite the numerous mistakes that I have made and continue to make. A relationship with Christ who walks beside me when I can’t see the light, who never leaves me even when I’m mad at God and frustrated with feelings of loneliness and helplessness.

The more time I spend on my faith, the more I realize that it really is the journey and the journey is the point. Perhaps religion is a destination, but faith? Faith is a journey. A journey that no one can dictate to us, not one can tell us how to love God—just like no one can tell God how to love us. It’s relationship that is personal to each of us. And when I feel like I didn’t do a good job at being a Christian, I remind myself that I loved really hard that day and that maybe I could love harder tomorrow, but what is done is done and I’ll try again.

My grandma has been gone now for almost six years. I can’t believe it’s been that long since I’ve heard her voice or felt her touch. Up until the very end she loved the Catholic Faith Traditions. I was lucky enough to be with her when she went to God, so recited the Hail Mary and read the 23rd Psalm to her over and over until she was safely in the arms of Jesus. And now part of my faith is to lay my head down at night and ask myself if I made my Grandma and Jesus proud today. That’s my goal everyday—to love like Edie and to act as the hands and feet of Christ in a world that needs way more Edie and Jesus than it does dusty doctrines or angry Christians.